Chant it down radio.com 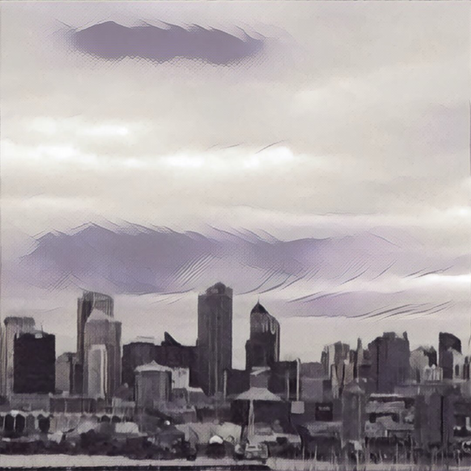 FREQUENTLY CHECK THIS AREA FOR NEWS, VIDEO, ANNOUNCEMENTS AND INTERESTING DEVELOPEMENTS.
IF YOU HAVE ANY NEWS, VIDEO OR EVENTS YOU WOULD LIKE POSTED, SEND TO: PEOPLEBEYONDTHIS@GMAIL.COM

CHANT IT DOWN RADIO IS NO LONGER HOSTED ON BLOG TALK RADIO. MAKE SURE TO SUBCRIBE TO THE FEED ON ANY PODCAST FEED. (ITUNES, STITCHER ETC.)

PLEASE SHARE THE PODCAST. THANK YOU ALL FOR BEING A LISTENER!!

Chant it down radio newsletter 1: AMERICA/BABYLON

​It had been a while since I had been to the mainland United States for a visit. I just completed a road trip across mainly the west coast.
It is kind of shocking for me to see everything the way that it is. I get to see it with "fresh eyes" due to the fact that I live in Hawaii and it is slightly off-beat from how things run over there. I'm not saying Hawaii is better, but what I saw is how things really are. I often tell you how things really are on the radio show, but it was just a good reminder.

Everything I saw, was a confirmation of Episode 73, " America and Cognitive dissonance: a country blocked by ego"
I saw how many people are just slaves to a cold world and only live to work. We have that too in Hawaii, but I think corporate america has taken over on a whole bigger level to where the program seems even deeper and more set in the minds of people.

I see some people absolutely dedicated to their jobs. Working hard for hardly anything. I met people who were in their 60s and 70s, who were still slaving and in serious struggle.
I met a man with cancer in his 70s. He was an arts major in college and still paying back the student loans. He works in a factory on his feet all day making soccer balls in pain. He was extremely intelligent, yet his only option was to do this for the rest of his life, slave in a factory, with cancer and pay off his loans.

America is rotten to the core and its rot is bellowing out into the lives of great people. All countries are rotten to one degree or another because theyre all built off the slavery of its people, but america has let its corruption grow and flourish in a way that's unrecognized by it's people.

People have become immuned to what is unexceptional behaviors and treatment from authority.
People are willing to work a job for minimum wage for some corporation that makes you follow their ridiculous rules and models. People have allowed serious multitudes of layers of corruption to be built around them. Everywhere you go, there's something there to take your earnings away, whether its taxes, or $40 application fees to rent an apartment, that you may not even get. It's gone way too far.

How about Corporations that drug test its people in states where weed has been legalized recreationally, yet they can be fired from their $9 an hour job if they find THC in their urnine stream -- which is none of the corporations business in what you do on your own time in the first place!
It's the idea that they can basically own your own body and dictate what goes in it. It's not even just corporations, but people following the same format of corporations, as if thats the way we should all be.

People just following company policies, whether they think that it's wrong or not. Too many people have become trapped financially to where they are forced to work a job that they hate and make only enough to get by -- or not even at all! (In Hawaii, its even a lot worse in that regard. Most people have to work 2 and even 3 jobs because of exorbitant prices to live.) Jobs that you'll never be able to afford time off from.

During my trip. I realized that there is a deeper decay amongst everybody because of a huge variety of contributors. One, that immediately stood out to me, especially in smaller towns was, that nobody ever goes anywhere. Nobody seems to know anything beyond their little work -- eat -- sleep -- watch tv -- bubble. A lot of people to me seemed very uncultured and dumbed down from their diets, lack of compassion for life and others. Not to mention out for self.

.....And the chemtrails! Unbelievable! Ive never seen the skies sprayed so hard when I was in Los Angeles. Huge layers sprayed on layers in a place that usually has baby blue skies when you can see past the smog. A place with few clouds naturally, becomes this blanketed over canopy of dirty white spray. Doesn't anyone notice? Seriously, what the hells wrong with people!?

This trip allowed me to see through the eyes as a passer through, who was uprooted and unattached to these civilizations.
My point here is not to say that Hawaii is any better really. We have all of this too.

America has become a really shitty place. Out of the first world countries, it's like the hell-hole amongst them. It's western society taken to its extreme to where it's rotting within faster then the other countries...so far.
Most People are not realizing the building's on fire. The shit stinks, and people got used to it.

My first newsletter to all of you might seem grim or discouraging, but what I'm trying to illustrate here is, that when you know better, why settle for less?
Human life on this planet could be so much more! We all deserve a better existance then what is offered by a small group at the top who have no interests in real humanity. They want to squelch it.

People live lives where they are existing rather then living. So many people living a life of mediocrity rather then lives of fulfillment, happiness, and success at a soul level. All I see is people basing their self worth and identity on economic value. Nobody seems to be looking at this simple truth alone. This simple truth is keeping people miserable and enslaved.

I've traveled a lot and seen happier people in 3rd world communities who have nothing, then America's giant plantation of slaves that people call regular life with a proper house, car and job.

Sometimes Chant it down radio is about the real simple truths that we see in daily life right in front of us. It's actually this system in which people deem normal, that grew from roots of corruption and flourished into the beast that it is -- yet, disguised as things we just put up with.

There is so many more of us then them. This message has been continually on my mind as you can tell from the last few episodes. We need a new reason to exist, and that means, the board needs to be wiped clean and we need to start over again.
How that is going to happen, is not clear at this time.
I do know, if we continue on this same path, a devastating collapse of many sorts is going to come upon this planet.

If you see this too, then consider yourself lucky. If you disagree with the entire direction that humanity is going, then you are a warrior. A real warrior, for a righteous cause. Not a warrior as an a soldier, that doesnt know right from wrong or up from down, because their role in foreign policy, but a true warrior who objects.

It's time to make room for the objector in this world. You know what's right and their should be room for those that still fight with their hearts. Know that youre actually thinking correctly and that the "real world" is completely insane. You're a warrior with a just cause, because you know better.

Tune into Chant it down radio. Episode 100 is not too far off as I revamp the show on a new hosting platform. Hang in there. Listen to the archives, spread the word!